0
231 Views
Warning: json_decode() expects parameter 1 to be string, object given in /srv/users/serverpilot/apps/ecsunewsroom/public/wp-content/plugins/posts-social-shares-count/classes/share.count.php on line 66
0
Shares 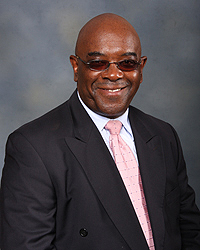 On September 19 Elizabeth City State University regretfully announced the sudden death of Mr. Grady Deese director of the ECSU Office of Admissions. He served in that position since December of 2001. He oversaw a staff of 10 and led vigorous efforts to recruit students. Deese was also responsible for initiating and developing faculty staff and alumni collaborations and meeting enrollment goals. He assisted ECSU staff with the university’s Open House events.&ampnbsp He dutifully attended and made presentations at high school and college fairs and assisted alumni and coaches with events and tasks related to admissions. He died Saturday while conducting a recruitment session in Rocky Mount N.C. an event held in conjunction with the 12th annual Down East Viking Football Classic. Colleagues describe him as an enthusiastic devoted man who promoted the virtues of ECSU.

Tony Price a student services specialist in the ECSU Office of Admissions and a colleague of Deese’s for seven years recalled a man who faithfully set an outstanding example for his staff.

&quotGrady was a compassionate professional man who would drive for hours to conduct recruitment sessions and tell students everything they needed to do to apply to the university&quot Price said. &quotHe spent hours on the phone talking with parents and students making sure they had everything they needed to enroll and to succeed here at ECSU. He was my best friend and he taught me so much about the Admissions Office.&quot

Since 2001 Harold Murrill worked with Deese in the Admissions Office. He described Deese as a great guy to work for an administrator who was never too busy to help a student. Deese he said was the kind of administrator who was well aware of the skills needed to successfully operate the office and was more than willing to participate in day-to-day tasks.

&quotHe had a passion for providing students with an opportunity to attend Elizabeth City State University and he made his presentations in such a dynamic way. Enrollment escalated because of his untiring efforts&quot Murrill said. &quotMany of the students from Philadelphia Washington D.C. and Charlotte N.C. will remember how hard he worked to bring them here. Grady and I were like brothers I know he will be missed by students staff and faculty.&quot

&quotHe was a highly sought director and recruiter because he had good skills. He was well respected by admissions counselors and principals for his work. We will miss him from the division.&quot

Deese had a lengthy record in administration that included posts such as Dean of Enrollment Management at Livingston College (1997-2001) Director of Admissions Barber-Scotia College (1994-1997) Director of Admissions for Livingstone College (1989-1994) Faculty Director/Recruitment for the Global Business Institute (1988-1989) School Director/Chief Executive for Adelphia Institute in Brooklyn N.Y. (1986-1988). During the 70s and 80s he was a business teacher for high schools and colleges in Cincinnati Ohio and Durham N.C. and an assistant district manager for Equitable &ampamp Metropolitan Life in Washington DC.

Condolences may be sent to:
The Deese Family
112 Raintree Run
Elizabeth City N.C. 27909 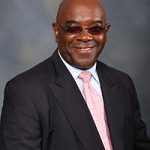