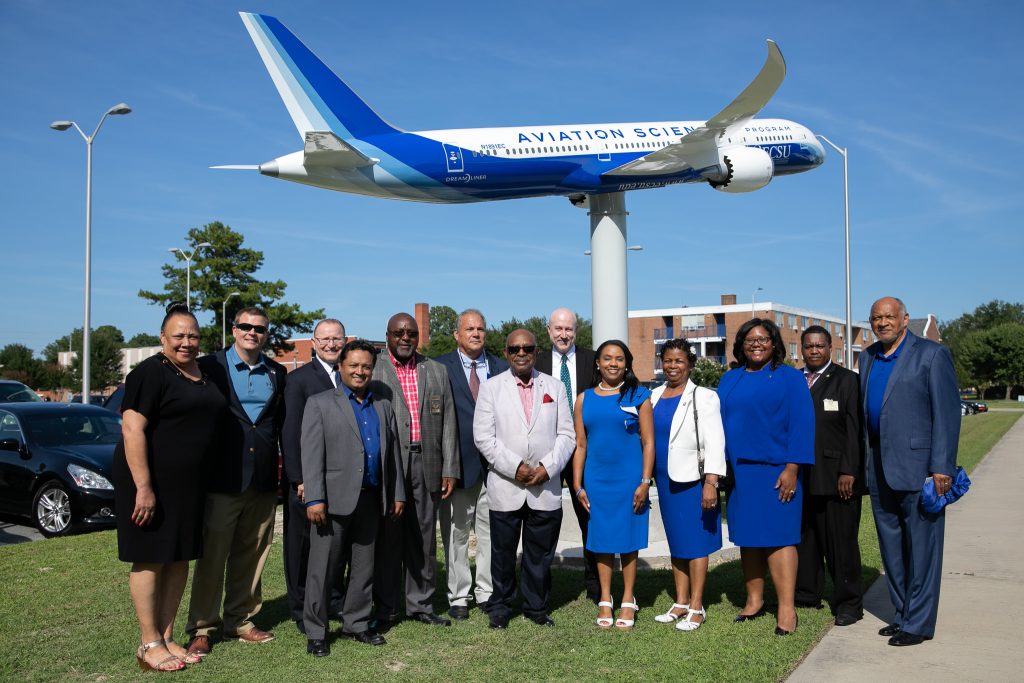 A flyover by Elizabeth City State University chief flight instructor, James Young, kicked off the grand opening ceremony of the STEM Complex Monday, Aug. 12. As Young soared overhead, ECSU officials were joined by Elizabeth City government and community leaders celebrating the beginning of a new chapter for the state-of-the-art facility.

“Today, we celebrate the renaming of the former Pharmacy Complex to the STEM Complex to better support the realignment and placement of our academic programs,” ECSU Chancellor Karrie Dixon said. “ECSU is rising up. We are engaging students and inspiring success.”

The historical timeline of the history of African Americans in flight was on display as well as portraits of the pioneers of flight. These displays were made possible by the UNC Morehead Planetarium, First Flight Society, and Dr. Ulysses Bell.

Outside, attendees were greeted by a model of a Boeing 787 Dreamliner, another visual representation of ECSU’s signature program.

“There is a pride that goes beyond that personal pride, it is a communal pride,” Board of Trustees Vice Chair Jan King Robinson said. “It is the pride in the satisfaction of the positive outcomes that we are witnessing today.”

With 10 fixed-wing aircraft and one gyrocopter in its fleet, ECSU is home to North Carolina’s only four-year aviation degree program. This fall also marks the debut of the university’s new drone degree program. 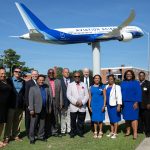