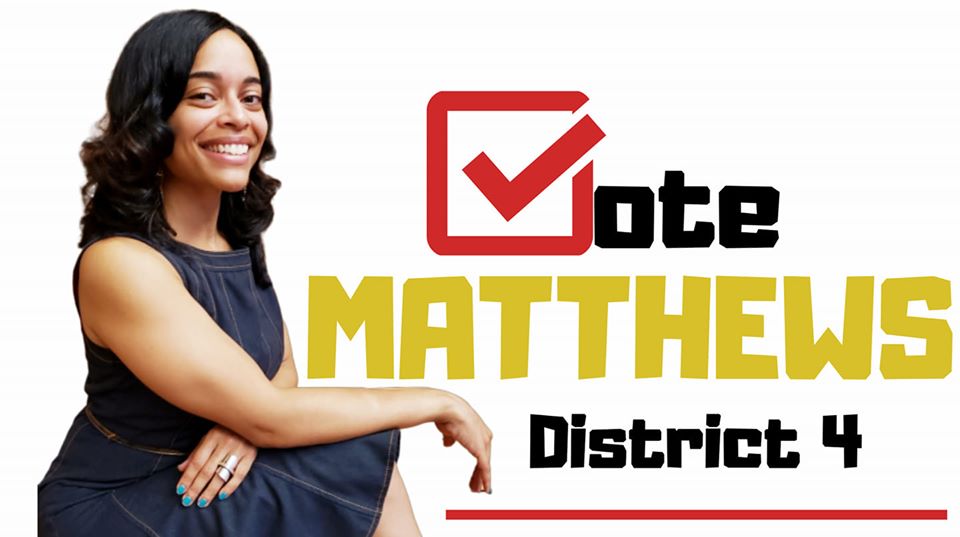 Brandi Matthews has made history. The Elizabeth City State University graduate is the first African American woman, and the second woman, to become a Goldsboro city council member.

“I’m at the table now and I’m excited to see what happens next,” said Ms. Matthews, a 2009 ECSU graduate.

Armed with a degree in criminal justice, Ms. Matthews returned to her hometown of Goldsboro after graduation and worked for a year assisting her brother with his newly-launched funeral business. Then she began her current career working as an instructor for Wayne Community College at the state’s only workforce training facility for men in drug and alcohol rehabilitation.

But Ms. Matthews wanted to make a difference in her community beyond her career, so she got busy.

“I got involved with organizations,” she said. She worked with teen girls, and groups that sought to advance the lives of Goldsboro residents.

Then she started attending city council meetings. At those meetings, she saw an older, all-male elected board and as a member of the millennial generation, she thought, like her counterparts around the globe, she could make a difference.

“There were no millennials on the board and I thought if we can change the world, I can change Goldsboro,” she said.

On July 8, her 33rdbirthday, Brandi Matthews officially registered as a candidate. Over the next five months, she would campaign and fight hard to win her seat.

The hard work paid off. Not only does she have the distinction of being the second woman in 30 years to win a seat on the council, she is the first African American woman and that fact of history, she says, is very meaningful not only to her, but to other people as well.

“I don’t know if I have found the words,” she says of her historic win. “I am so honored.”

Brandi Matthews may not have found the words to aptly express how she feels, but she does know what it means going forward. It means, she says, that there are people counting on her to set the pace for the future, and many of those people are young, African American women and girls who will look to her progress for inspiration.

“Our little girls will see this and they need to know what’s possible,” she said.

The possibilities of leadership are wide open for Ms. Matthews. She sees so many issues that need to be addressed, like unity throughout the entire Goldsboro community. But first things first, she says.

“The first thing I am doing is learning from the inside,” she said. “I think that’s extremely important.”

And the most important thing, she said, is simply being of service and representing all of the residents of Goldsboro.

“I want to see programs that are inclusive,” said Ms. Matthews.

Brandi Matthews was officially sworn into office on Monday, Dec. 2, 2019. She will serve a four-year term. 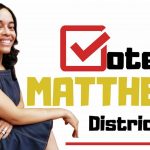