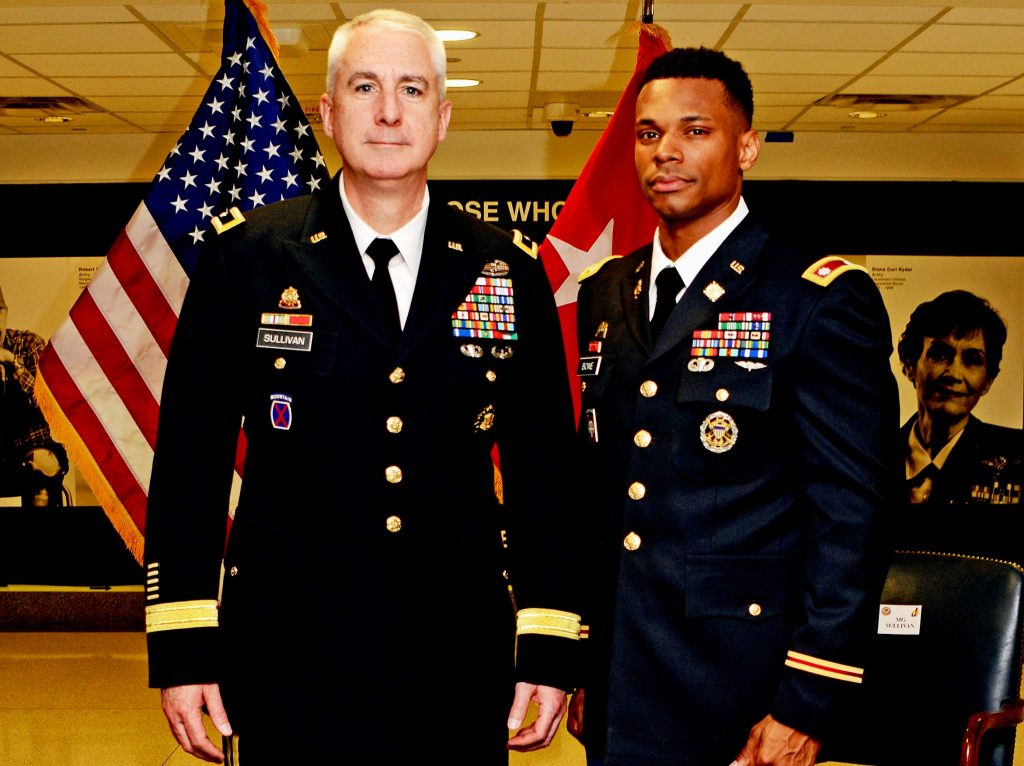 The Elizabeth City State University Class of 2000 can count United States Army Lt. Col. Curtis Bowe among its many success stories. Bowe was just promoted to the rank of lieutenant colonel last month.

During a ceremony on May 25, the Viking alum received his promotion at The Pentagon in Washington D.C. The Elizabeth City native is a veteran of the wars in Afghanistan and Iraq, and a highly decorated officer.

Bowe began his journey to the military as an ECSU student enrolled in the ROTC program. He graduated from the university with a degree in industrial technology and eventually earned a Master’s Degree in Procurement and Acquisition Management from Webster University.

When Bowe graduated from ECSU, he was commissioned as a second lieutenant in the Army’s Quartermaster Corps. His first assignment in the Army was with the 307th Forward Support Battalion, 82nd Airborne Division in Fort Bragg from 2001 to 2004.

During that time, Bowe would be deployed to Kandahar, Afghanistan. He would eventually be assigned to the 4th Brigade, 4th Infantry Division and eventually to the 1st Calvary Regiment. He had two deployments to Iraq, serving as a Forward Support Troop Commander.

Bowe would return to Afghanistan from 2012 to 2013, working with the 1st Brigade, 3rd Infantry Division. Later he would serve in Korea, a tour that resulted in being named Secretary of the General Staff.

Bowe is the brother of ECSU Human Resources Consultant, Paula Bowe. He is married to Chenay Bowe and is the father of 13-year-old Cayden Bowe. 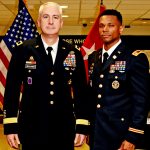