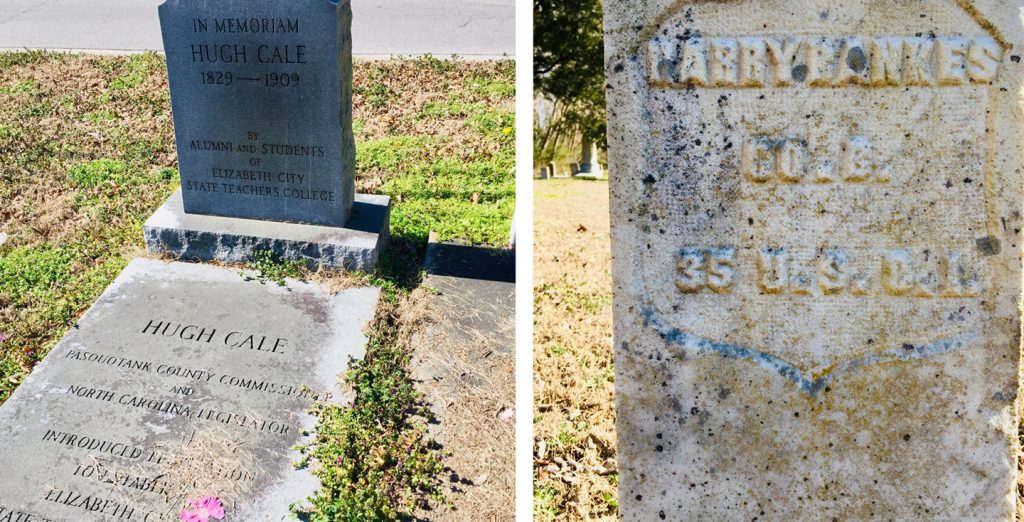 Cemeteries are not only monuments to the loved ones that have passed, they are also monuments to history, and documentation of the past. But when those cemeteries are neglected, people not only lose a piece of that history, it is also disrespectful, says Elizabeth City State University history professor, Dr. Melissa Stuckey, moderator and organizer of a recent university-hosted conference on cemetery preservation.

Dr. Stuckey is leading a campus and community effort, as part of a national initiative, to document and preserve local African American cemeteries.

“African American cemeteries are not respected and cared for like other cemeteries,” said Dr. Stuckey. “Even in our town, you can drive around and see some falling down.”

Over a year ago, Dr. Stuckey spoke with the director of the North Carolina African American Heritage Commission, Angela Thorpe. That conversation got ECSU’s history department involved in cemetery preservation, including the participation of 10 history students.

Earlier this month, as a part of ECSU’s Black History Month offerings, Dr. Stuckey moderated the virtual conference on preservation. A list of scholars, including ECSU history professor, Dr. Latif Tarik, spoke about preservation and its importance.

Dr. Stuckey said while this conference was attended by ECSU history students, the importance of the topic attracted participants from across the country and Canada.

“There were over 200 people from all over the country that were registered for the workshop. We were shocked at the variety of people,” said Dr. Stuckey.

The topics of the conference included the social and historical importance of the cemeteries, a virtual lesson in headstone cleaning, and preparation for a day at Oak Grove Cemetery in Elizabeth City.

Dr. Stuckey said the plan is to spend a day at the local African American cemetery, cleaning headstones and the grounds, and documenting those interned there. The event was scheduled for February, but the weather postponed it until the middle of March.

The local historical significance of Oak Grove Cemetery can be seen by the names and designations on some of the markers. Perhaps most significant to ECSU is the grave of the school’s founder, Hugh Cale. Other markers include veterans of the Grand Army of the Republic (GAR) who were all African American and primarily former enslaved men fighting for the Union Army during the Civil War.

Dr. Stuckey says that the simple act of cleaning the headstones means their group – community members will join the students in this effort – is working to preserve history for future generations.

“It’s more than preservation,” she said. “It’s protecting the history of the people there and the burial grounds of our ancestors.”

When the students arrive at the cemetery, Dr. Stuckey says they will see that headstones have been knocked down by the lawnmowers intended to keep the grounds clear. She says too many cemeteries are neglected like this and many are even forgotten entirely.

To help document the history of this cemetery, students will take before-and-after photos. Those photos will record not only the existence of the graves, but also their place in time, highlighting the neglect, but celebrating the desire to preserve them.

“All of this matters,” said Dr. Stuckey.

Presenters at the virtual conference included not only Dr. Stuckey and Dr. Tarik, but also Angela Thorpe, Museum of the Albemarle’s Jessica Cosmas, and Melissa Timo with the N.C. Dept. of Natural and Cultural Resources. ECSU history professor, Dr. Charles Reed, provided technical support for the virtual conference and coordinated a YouTube video of the actual conference. You can view the African American cemetery preservation conference HERE. 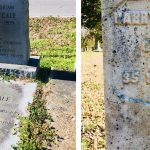