Dr. Roosevelt Newson is the latest recipient of the Spangler Endowed Professorship

0
402 Views
Warning: json_decode() expects parameter 1 to be string, object given in /srv/users/serverpilot/apps/ecsunewsroom/public/wp-content/plugins/posts-social-shares-count/classes/share.count.php on line 66
0
Shares 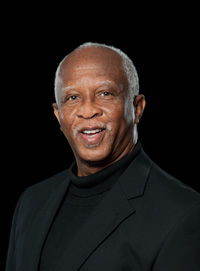 Dr. Roosevelt Newson has enjoyed great success in two distinctly different careers.&ampnbsp As ECSU’s newest recipient of the Spangler Endowed Professorship and the first such appointment in the School of Arts and Humanities, Newson has an impressive resume as both a concert pianist and scholar.&ampnbsp&ampnbsp Having served as Provost &ampamp Vice President for Academic Affairs (VPAA) at two institutions, Bowie State University and at the University of North Alabama, Newson’s administrative career spans a period of 25 years.&ampnbsp

Prior to his career in Higher Education, Dr, Newson was a full-time concert artist under professional management in New York City.&ampnbsp He made his professional debut at Wigmore Hall in London and, since that time, has presented a number of concerts that were broadcasted on radio and television.&ampnbsp Among his live broadcasts was a recital presented at The National Gallery of Art in Washington, D.C.&ampnbsp Having concertized internationally, Newson has performed in major European cities such as Vienna, Salzburg, Brussels, and The Hague.&ampnbsp He has been the featured soloist with the Charlotte Symphony Orchestra, Cleveland Philharmonic, and the Northeastern Pennsylvania Philharmonic.&ampnbsp Dr. Newson also presented a series of public school concerts with the Baltimore Symphony Orchestra.&ampnbsp Held in high regard for his performances of contemporary music, Newson was chosen to present the premier of David Ott’s Piano Concerto with the Charlotte Symphony and a chamber work by Hale Smith in Nashville and New Orleans.

Newson will hold a piano recital at 4 p.m. on February 20th and 27th in the auditorium of the Fine Arts Complex. Later in March, he will present two lectures: On March 8 his topic is &quotthe Invention of the Negro and the Evolution of His Music&quot and &quotThe Era of Ragtime&quot which will include musical performances by students.

A graduate of Southern University in Baton Rouge, the Louisiana-born pianist studied at the Peabody Conservatory of Music in Baltimore and at The Juilliard School in New York City.&ampnbsp His teachers include Walter Hautzig, Leon Fleisher, and Martin Canin.&ampnbsp A veteran of the Affiliate Artists Program in New York, Newson’s biography appears in Who’s Who Among Black Americans and the International Who’s Who in Music.

Dr. Roosevelt Newson is the latest recipient of the Spangler Endowed Professorship