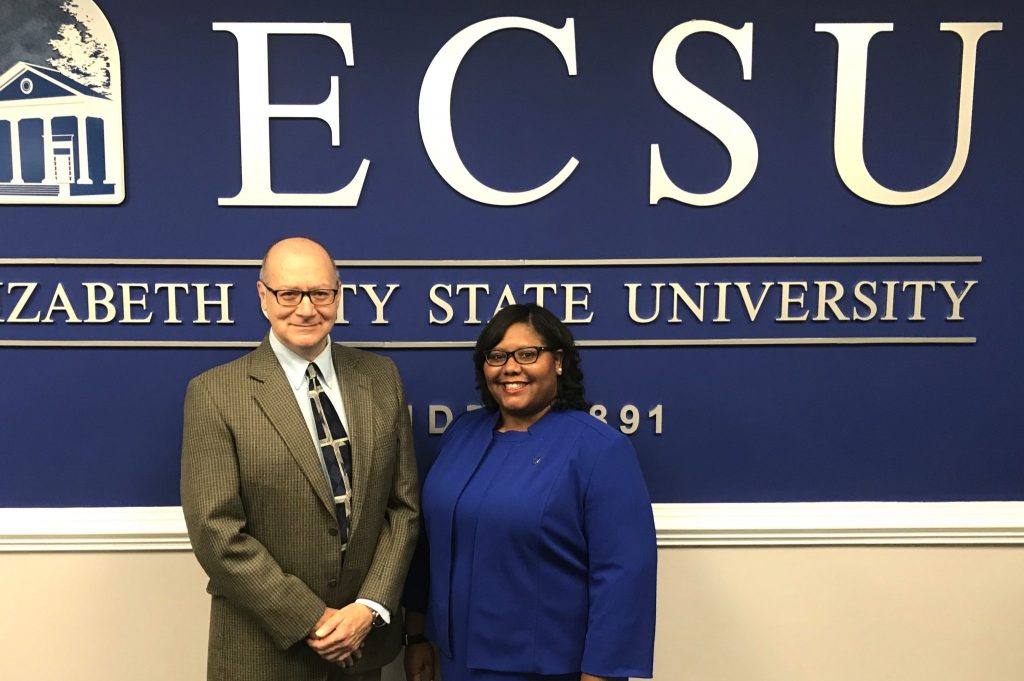 The Leadership Academy provides faculty with an opportunity to explore their leadership potential and to advance their understanding of interdepartmental collaborations.

Dr. Mitchell, associate professor of Kinesiology and program director for the American Indian programs at ECSU, has been a faculty member since 2004. He received tenure in 2011.

“I have been assigned to work with the development of quality enhancement for SACSCOC,” said Dr. Mitchell of his appointment to the VCLA.

ECSU is currently undergoing its 10 year accreditation renewal process with the accrediting agency, SACSCOC. Dr. Mitchell said the work he will be performing is data-driven, aimed at moving the accreditation process forward.

“I will be reviewing data to determine how we will best move forward with activities related to the plan,” he said.

Dr. Mitchell has worked at ECSU in a variety of areas, but most specifically as a professor of Kinesiology focusing on public health. He also worked the past 15 years with the U.S. Dept. of Homeland Security’s National Center for Risk and Economic Analysis of Terror Events, focusing on both ​domestic and international programs.

“That brought ECSU some very, very big recognition,” he said.

“Part of the Chancellor’s Civic Action Plan, it is academic related and designed to support faculty, staff, students and administrators who are indigenous or interested in student STEM, aviation, aerospace, business, and health related areas research and service for with indigenous communities,” said Dr. Mitchell in a story about the program last spring.

The office will provide support for indigenous students by serving as a liaison to tribal education offices and will provide faculty and students with assistance in research grant preparation, and proposal reviews. Dr. Mitchell and other faculty members are working with indigenous communities in an effort to bring students to ECSU to study in any one of the university’s many STEM, aviation, business or health professions programs.

Currently, Dr. Mitchell is working with ECSU’s aviation program, preparing to attend the American Indian Science and Engineering Society meeting in Milwaukee, Wisconsin later this month, exhibiting with institutions such as Harvard University, and corporate giants such as Boeing.

“We want to be one of the premier institutions to train American Indians in aviation science,” said Dr. Mitchell.

Dr. Mitchell splits his time between Elizabeth City and his home near Tacoma, Washington. He says he’s grateful to ECSU for giving him the ability to extend his reach across the country, allowing him to perform the work he loves, and care for his family in Washington State. 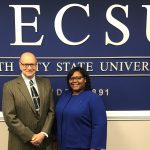