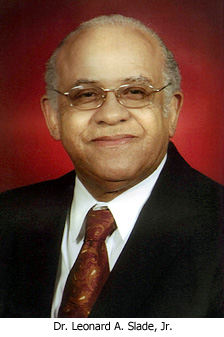 On May 11 a 1963 alumnus of the university Dr. Leonard A. Slade Jr. spoke at Elizabeth City State University’s 156th Commencement ceremony. He is one of several alumni from that class who attended the ceremony.

While they commemorated their 50th anniversary they applauded the undergraduates and graduate students who collected their degrees and will enter a workforce that has changed tremendously since 1963. Slade a professor at the State University of Albany and a poet with numerous titles to his credit delivered an address that inspired the graduates to achieve as much as they can individually and collectively. While technology has changed several key features in the workplace Slade said many of the same traits that propelled the 1963 graduates to successful careers are needed from today’s graduates-knowledge a personal commitment to excellence willingness to serve their community and a spiritual base.

&quotToday’s graduates must be able to adapt to our ever changing society to adjust to the vicissitudes of life. We had to work hard for everything we achieved. I hope young people will understand they too will make sacrifices to get ahead professionally and personally&quot

&quotWe had to adapt to changing technology—- from manual typewriters in the workplace to computers. Computers (computer technologies) now allow professors to teach online courses. In order to excel we had to continue our education in our chosen fields of study to keep abreast of problems and trends in our fields.&quot

Slade recalled the days early in his career when he published his first book of poetry after earning a doctorate degree and working full time as a chairperson of an academic department. It was a switch from early publications of journal articles and a book of literary criticism.

&quotI had to hone my writing skills for writing literary criticism and writing poetry so the learning in this life never stops. I am still improving as a poet but that resulted from years of taking additional courses and attending writing workshops.&quot

&quotI studied with two of them who helped me to improve my skills. As a professor today it is my goal to help develop my students. Today’s graduates must realize there is great value in helping others learn and helping them reach their full potential. That’s what ECSU professors have done for them.&quot

He taught for twenty-two years at Kentucky State University where he was Chair of the Division of Literature Languages and Philosophy and Dean of the College of Arts and Sciences. In May 1989 Kentucky State University awarded him the degree Doctor of Humane Letters. In May 1996 ECSU awarded him a Doctor of Humane Letters degree.

His work has appeared in numerous publications–Essence Magazine U.S. News and World Report The Courier-Journal The College Language Association Journal The American Poetry Review The Zora Neale Hurston Forum The English Journal: Publication of the National Council of Teachers of English The Journal of Southern History The Black Scholar The Kentucky Poetry Review among others.

He has published twenty-two books– sixteen books of poetry many now available online. Slade’s books have been sold in China Japan India Finland The Netherlands The United Kingdom Germany France Denmark and Italy. His poetry has been praised by Maya Angelou Gwendolyn Brooks and Houston A. Baker Jr.

Slade is past chair and currently professor of Africana Studies Adjunct Professor of English and past director of the Humanistic Studies Doctoral Program and of the Master of Arts in Liberal Studies Program at the State University of New York at Albany. In November 2007 he was named Citizens Academic Laureate at SUNY Albany. In April 2005 he was named a Collins Fellow at SUNY Albany. 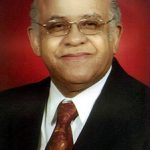