0
638 Views
Warning: json_decode() expects parameter 1 to be string, object given in /srv/users/serverpilot/apps/ecsunewsroom/public/wp-content/plugins/posts-social-shares-count/classes/share.count.php on line 66
0
Shares

When asked about the appointment, Chancellor Conway remarked that, “Dr. Riddick has earned her reputation as an effective, no nonsense straight-talking leader in higher education during her tenure at both ECSU and COA. I have asked her to take on this new role knowing she has the trust and confidence of the campus and the communities we serve. Her leadership and energy is already making a positive difference.”

Dr. Riddick came to ECSU as Assistant Vice Chancellor for Academic Affairs in 2012, from College of the Albemarle, where she served as Vice President of Learning and Chief Academic Officer.  She takes over ECSU’s top enrollment position at a time when the university is seeing a rise in admissions applications, and overall numbers.

During the Board of Trustees meeting in June, an enrollment report stated that 371 students had informed the University of their Intent to enroll. That’s up significantly over 2016.

“My focus is to ensure the policies and procedures in all of enrollment management meet the expectations of current and prospective students, and our community stakeholders,” said Dr. Riddick.

The plan applies to all students, including those who began their college career before fall 2018. Student fees along with room and board cost will not be impacted.

According to Dr. Riddick, the enrollment and admissions staff is anticipating a great deal of interest in ECSU, as a result of the plan. 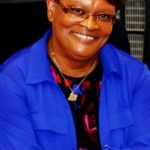