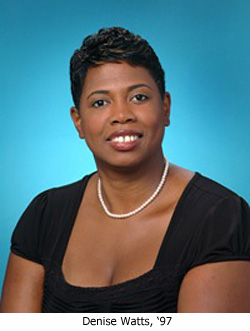 In January 2011 Charlotte community leaders together with the area’s wealthiest donors launched Project L.I.F.T. (Leadership and Investment for Transformation). The five-year program is focused on improving 8 schools in the at-risk west Charlotte Mecklenburg Schools (CMS) district. Modeled after the successful Harlem Children’s Zone Project L.I.F.T. provides a &quotcradle to college&quot support system for students by focusing on attracting and retaining talented teachers expanding the amount of time students spend in school strengthening family and community support and bettering the schools’ technology. A 1997 elementary education graduate and a member of Delta Sigma Theta Sorority Denise Watts was appointed to the position of Executive Director for the program in July of 2011. Watts holds an impressive track record for success making her to obvious choice to lead the initiative. Watts was named North Carolina Principal of the Year is 2008 while at Mint Hill Middle School in Charlotte. In 2009 through the CMS Strategic Staffing Initiative she was placed in Bishop Spaugh Community Academy then the lowest-performing school in the state. After one year of leadership the school was one of the state’s most improved. Currently Watts is serving as Zone Superintendent and director of Project L.I.F.T. and she making impressive progress. As of June 2012 less than one year after her appointment Project L.I.F.T. surpassed its $55 million fundraising goal. The schools are seeing marked improvements in both what they can offer students as well as student engagement. In fact the Charlotte-Mecklenburg school board has agreed that Project L.I.F.T.’s success could spread beyond its west Charlotte territory and benefit the entire system. Watts contributes much of her success to her ability to relate to the students she now oversees. Growing up as an at-risk child in Elkin NC she has a first-hand knowledge of the issues children face while living in poverty and the impact it has on their education. She now feels that it is her duty to &quotpay it forward&quot and bring awareness to the issues facing education not just in Charlotte but throughout the state and country. My goal is to motivate others to get involved and engaged whether in Charlotte or in their own cities and towns to ensure all children regardless of where they live or what they look like receive a quality education. Learn more about Project LIFT here . ### 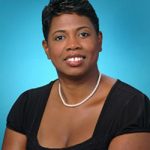