0
631 Views
Warning: json_decode() expects parameter 1 to be string, object given in /srv/users/serverpilot/apps/ecsunewsroom/public/wp-content/plugins/posts-social-shares-count/classes/share.count.php on line 66
0
Shares 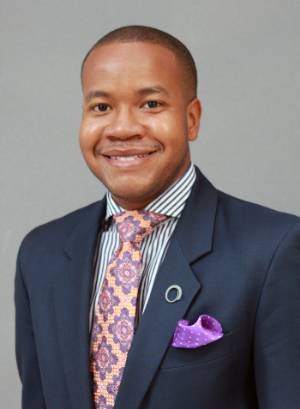 Over the past two years, ECSU’s Research Week has included scholars whose work goes beyond those areas traditionally represented in the sciences. This year, communications faculty hosted a segment, “The Beauty of Language, Literature and Communication,” to illuminate the wide array of topics explored by communication scholars and to demonstrate how effectively poetry can be used to relay common human experiences and events.

Dr. Melvin Williams, an assistant professor and program coordinator of Communication Studies in the Department of Language, Literature and Communication, led the two-part session. He assured students that communications scholars cover a wide array of topics each year when they publish journal articles and full-length research (thesis) papers. No longer are those scholars limiting their research topics to broadcast, cable and internet streaming trends. Researchers like Williams are exploring topics highlighted on some of today’s most recognized mediums such as reality shows.

Whether they are competition/elimination shows, dating shows, soap operas, or shows that contain elements of documentaries, today’s viewers live in a media saturated society. Topics that once were deemed too controversial and socially unacceptable for television are now rolling from production booths season after season. Williams says that today’s network shows contain enough fodder to increase either hours of mindless viewing or to fill shelves with academic research papers.

“We as Language, Literature and Communication faculty want our students to know that the academy is multidisciplinary. They (students) can employ research methodology and theory to examine topics they are genuinely interested in,” Williams said. “They can use existing research patterns to create new knowledge.”

That knowledge base may include published projects like Williams’ exploration of the media’s representation of women of color in a post-feminist culture. Williams presents topics such as these in his newly designed course, “Genders of Popular Culture.” The course was created by Williams this semester and uses a range of critical race and feminist theories to consider the social and political functions of popular culture. In this course, students critically investigate a wide variety of texts and artifacts including film, television, news media, social media and material culture. When asked about the course’s purpose and its role in training students to conduct research, Williams said the course equips students to contribute to a democratic society.

“Research becomes the mechanism through which students create a public voice for themselves and their communities,” Williams said. “Genders of Popular Culture is not simply a course but a rather a social movement that aims to transform students into productive citizens using communications research.”

Dr. Amber Stamper, an assistant professor in the Department of Language, Literature and Communication and a published poet, shared original poems as well as Emily Dickenson’s poems with the audience. Stamper reminded students that poems have a long history of revealing some of our greatest and darkest experiences in life. As a result, poetry remains an essential form of communication today.

&quotThe perpetuation of and continued addition to our literary canon–via creative work–are, to my mind, the most important work of scholars in the humanities. Academics who study and write about literature in many ways function as the gatekeepers for what texts will be considered our future ‘classics’,&quot Stamper explained.

“We serve as a counterpoint of sorts to pop culture’s trends, providing and applying standards of endurance to both contemporary and historic texts, constantly attempting to keep the best of human literary creation available and accessible to our students.&quot

&quotWhat is wonderful about being involved in the creation of literature is that you are in a position not just to describe but to elucidate or even enhance reality.”

LLC faculty said it was their pleasure to participate in Research Week and broaden the scope of scholarly topics discussed.