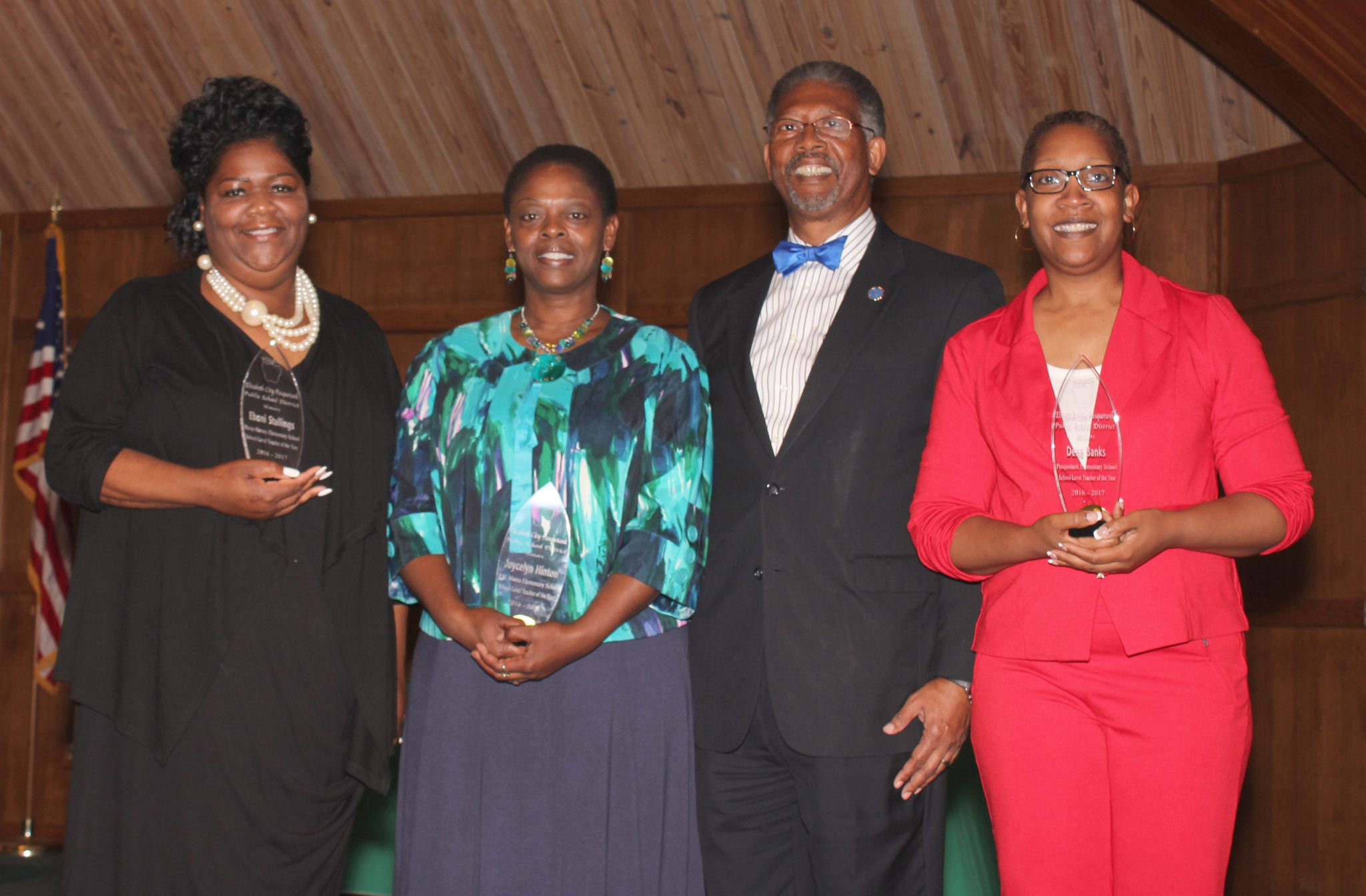 The Elizabeth City Area Chamber of Commerce held its annual ceremony to recognize area Teachers of the Year. The award recipients came from Albemarle School, Camden County Schools, College of The Albemarle, Elizabeth City-Pasquotank Public Schools, Elizabeth City State University, Mid-Atlantic Christian University and New Life Academy. Dr. Ngozi, the recipient of the 2016 UNC Board of Governor’s Award for Excellence in Teaching, represented ECSU at the ceremony. Oriaku, a professor in the Department of Business and Economics, said she was honored to receive the award.

Sylvan Learning Center, a supporter of the awards ceremony, presented the awardees with gift bags and the Chamber of Commerce presented them with crystal apples. Toyota of Elizabeth City provided iPads and free maintenance for the awardees’ vehicles. A drawing was also held among the awardees which allowed one recipient, Kathryn Osgood, from College of The Albemarle, to drive a Toyota Corolla free of cost for the next year. Kelly Thorsby, president of the Elizabeth City Area Chamber of Commerce, said it was again a pleasure to recognize outstanding educators and welcome their supporters to the event held at Mid Atlantic Christian University.