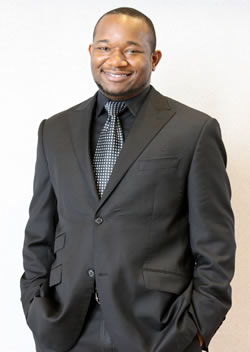 Brenton Northern, a sophomore, from Williamston, NC., majoring in music performance is the recipient of the Edna Davis Theory Award which is reserved for a music major of sophomore standing or higher who has excelled in Music Theory courses (with a 3.0 or better in all music theory courses.) The award is given by the Department of Visual and Performing Arts at Elizabeth City State University. Dr. Edna L. Davis, a professor emeritus, was chairperson of the ECSU Department of Music from 1965-1986.The award was instituted on March 25, 1987. The criteria follows: Conscientious Music Major, Must have an average of 3.0 or above in Music Theory, Must have completed at least 9 credit hours of Music Theory at ECSU, Student was selected by the Music Theory faculty and approved by the Music Department faculty.