0
491 Views
Warning: json_decode() expects parameter 1 to be string, object given in /srv/users/serverpilot/apps/ecsunewsroom/public/wp-content/plugins/posts-social-shares-count/classes/share.count.php on line 66
0
Shares 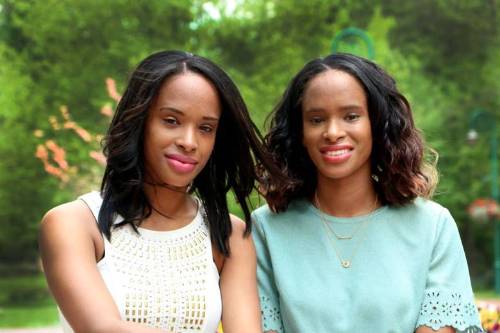 Joyce and Jean Bevins earned Bachelor of Science degrees in Computer Science in 2012 from ECSU then entered Indiana University’s School of Informatics and Computing on full academic scholarships. To the delight of their grandmother who raised them from infancy in Philadelphia Pa. the twins graduated with Master of Science degrees from Indiana University in 2015. It’s a storyline that any family can be proud of but this one isn’t limited to their academic success. The Bevins twins also known as Eli and Lu are also award-winning filmmakers.

Some people might think their degrees earned in technical fields of study contrast with their passion for filmmaking. Yet the two quickly assert you shouldn’t presume that filmmaking is reserved for people who excelled in language and the performing arts. They are confident that good filmmakers can come from any background.

“We were always writers. We jumped into film. We put on two stage plays there at ECSU and realized we had no one to film our work” Jean said. “That forced us to learn. Now we can say this is very rewarding.”

The twins can also recall early efforts to write stories and scripts as early as elementary school and well through high school. During their days as graduate students at Indiana University they continued writing and making films. With help from students in the theatre department who acted in their productions the Bevins twins cranked out additional films. They decided to enter their films in contests to determine how well their work would be received.

They started with Campus MovieFest (CMF) which is the world’s largest student film festival. The challenge of this fest is for college student filmmakers to make a movie in one week. The Bevins sisters submitted their films at the appointed time in 2014 for review by CMF officials.

“We won first place in the Elfenworks Social Justice category of the 2014 festival for our film Systematic Living which was also screened on Virgin American Airlines” Joyce noted of the category that is reserved for a film that provides hope for its audience.

Since 2001 CMF officials have reviewed films made at select universities then decided which films would then advance to Hollywood for further consideration and possible reward at the annual award ceremony held at the Globe Theatre at Universal Studios.

Three other films created by the twins were contenders in Hollywood’s (2015) Campus MovieFest (CMF) competition: My Dear Arthur The Exit and ID. My Dear Arthur is a thriller The Exit is a drama that tackles domestic violence and ID is a social justice film.

Both My Dear Arthur and The Exit won two of the four awards distributed among IU student filmmakers. The films were also entered into national competition in 2015. Joyce also won the Best Editor award for My Dear Arthur. Heather Owens a student and member of the My Dear Arthur cast won the Best Actress award.

In May My Dear Arthur will debut before an international audience in France at the Cannes Film Festival. The festival is an annual event that draws award- winning filmmakers to network with their peers and industry professionals. They also learn valuable lessons about what distinguishes studio and independent films.

Joyce admits the challenge for students to create a film in one week was no easy task especially when you are still completing assignments associated with a master’s degree program. They completed homework assignments first then worked as a team to research write shoot and produce their films. My Dear Arthur was edited in one day. Their dual role as filmmakers and graduate school students often required long days of work limited sleep and matchless determination. Their social justice films were often inspired by Philadelphia’s well-documented chronicles of poverty crime and unbalanced opportunities among the city’s diverse population. The Bevins sisters declare they approach topics that aren’t illuminated on commercial movie screens.

“These topics are uncomfortable. If there is something that needs to be said or a story that needs to be told we come out of our comfort zone and do that” Joyce said. “We’ve tackled dramas comedies and documentaries.”

“It is already different for us to be black women writers and directors. So we are already stepping out the box and doing something different.” Jean said.

The twins take pride in earning undergraduate degrees at a historically Black university (ECSU) then graduating with 3.8 grade point averages from Indiana University. Those experiences helped them create a social circle of friends who originated from southern and northern US cities India China Africa and the Middle East. They credit ECSU computer science professor Dr. Linda Hayden with running a strenuous undergraduate research program that propelled them and at least nine of their undergraduate peers to Indiana University for summer internships. Their hard work eventually helped them earn full scholarships from Indiana University. While there the twins completed filming projects that could be used for their academic department’s promotional purposes. It was the kind of work that helped them earn skills beyond those associated with their original film scripts. The Bevins continue researching and learning about prospective plots for their next film and grants that can finance their production work.

“Our grandmother is proud of us for earning master’s degrees in a technological field of study that will allow us to earn a living. You don’t make much money starting out as filmmakers” Joyce said.

“Yet we definitely encourage other students to participate. If you have a good story good cinematography and you work hard you can watch it go from paper to (screen) light. That is rewarding”

Visit the Bevins’ website to view their films and to learn more about their production company Eli Lu Productions: eliluproductions.com 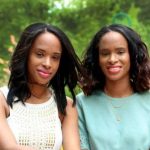