0
213 Views
Warning: json_decode() expects parameter 1 to be string, object given in /srv/users/serverpilot/apps/ecsunewsroom/public/wp-content/plugins/posts-social-shares-count/classes/share.count.php on line 66
0
Shares 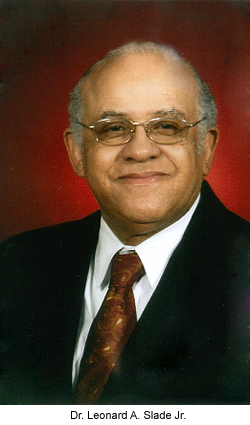 Economic deprivation and lost opportunities are as relevant today as they were in the early 1900s when James Weldon Johnson’s poem, &quotLift Every Voice and Sing,&quot first entered our consciousness.

Dr.Â Leonard A. Slade Jr. made the statement during his presentation, &quotA Critical Response to Selected Poems by Langston Hughes, Claude McKay and James Weldon Johnson,&quot late in February when he spoke at Elizabeth City State University’s Black History Month assembly. The power of poetry is often explored, Slade explained, revealing common themes such as a desire for freedom, a reliance on God and faith as source of transcendence. Some of the problems the three poets defined, and the social protests they illuminated, continue to haunt our society today. Consequently, their poetry remains relevant, he said. Their words give readers an in-depth view of the issues that plagued Black Americans’ souls.

Poetry, with its carefully crafted use of rhyme, rhythm, symbol and metaphor, reveals intricate details of American history that, for many readers, surpasses the stagnant entries recorded in textbooks and reference materials.Â Poets such as Hughes, McKay and Johnson outlined significant social developments in the Black person’s pursuit of equality, Slade explained.

Slade referred to &quotThe Negro Speaks of Rivers,&quot by Langston Hughes that dramatizes the power of the Black person to endure. McKay’s poem, &quotIf We Must Die,&quot encourages people to stand firm, believe in their cause even though they are outnumbered, and to fight against injustice in any form, Slade said. With Johnson’s poem, &quotO Black and Unknown Bards,&quot Slade told his audience, the poet showed a connection between Black people’s aspirations and their faith in a caring God.

He was awarded honorary degrees from Kentucky State University in May 1989 and from ECSU in May 1996. In 2004, Slade returned to ECSU as the commencement speaker.

For several summers, he studied poetry at Bennington College in Vermont at The Bread Loaf Writers Conference at Middlebury College in Vermont and at the Ragdale artists’colony in Lake Forest, Ill.Â He studied with Stephen Dunn and Donald Justice, both winners of the Pulitzer Prize for Poetry in 2001 and 1980, respectively.

Currently, Slade is a professor of Africana Studies, an adjunct professor of English and a Citizen Academic Laureate at the State University of New York at Albany.Â He has presented his poems at Tufts, Duke, Harvard as well as a wide range of other private and public universities in Arkansas, Illinois, Kentucky, Massachusetts, Missouri, North Carolina, Ohio, Tennessee and Virginia. He has published 21 books, including 15 books of poetry. His work has been published in numerous magazines and journals including The Peace and Freedom International Journal (in the United Kingdom), The English Journal: Publication of the National Council of Teachers of English, The American Poetry Review, U.S. News and World Report Magazine and Essence Magazine.

Before departing from his audience in Johnson Hall, Slade read 10 of his own poems including &quotThe Country Preacher’s Folk Prayer&quot and &quotWant No More,&quot written in honor of his wife, Roberta Hall Slade. Slade, a native of Conway, North Carolina, admits half of his poetry deals with southern history and culture.