0
346 Views
Warning: json_decode() expects parameter 1 to be string, object given in /srv/users/serverpilot/apps/ecsunewsroom/public/wp-content/plugins/posts-social-shares-count/classes/share.count.php on line 66
0
Shares 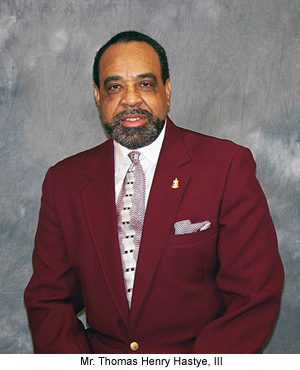 The 1979 graduate and former four-term president of the Greensboro Greater Triad Chapter of the ECSU National Alumni Association has given money to the school. Now, his latest gift is an elaborately embroidered, three-piece garment from Sierra Leone worn by men of the Fula tribe.

Made of a fabric like brocade, the golden-taupe pants, dashiki-like tunic and outer flowing robe with a light gold, embroidered geometric pattern clearly would be worn for special ceremony and, Hastye added, by someone of high status or highly respected within the tribal community.

The garment was a gift to Hastye in the mid-1990s by a friend and colleague who was from Sierra Leone. It is now on display at ECSU in a glass case in the Mickey L. Burnim Fine Arts Center.