Alexis Martin is Spring 2020 Bearer of the Mace

0
3.1K Views
Warning: json_decode() expects parameter 1 to be string, object given in /srv/users/serverpilot/apps/ecsunewsroom/public/wp-content/plugins/posts-social-shares-count/classes/share.count.php on line 66
0
Shares 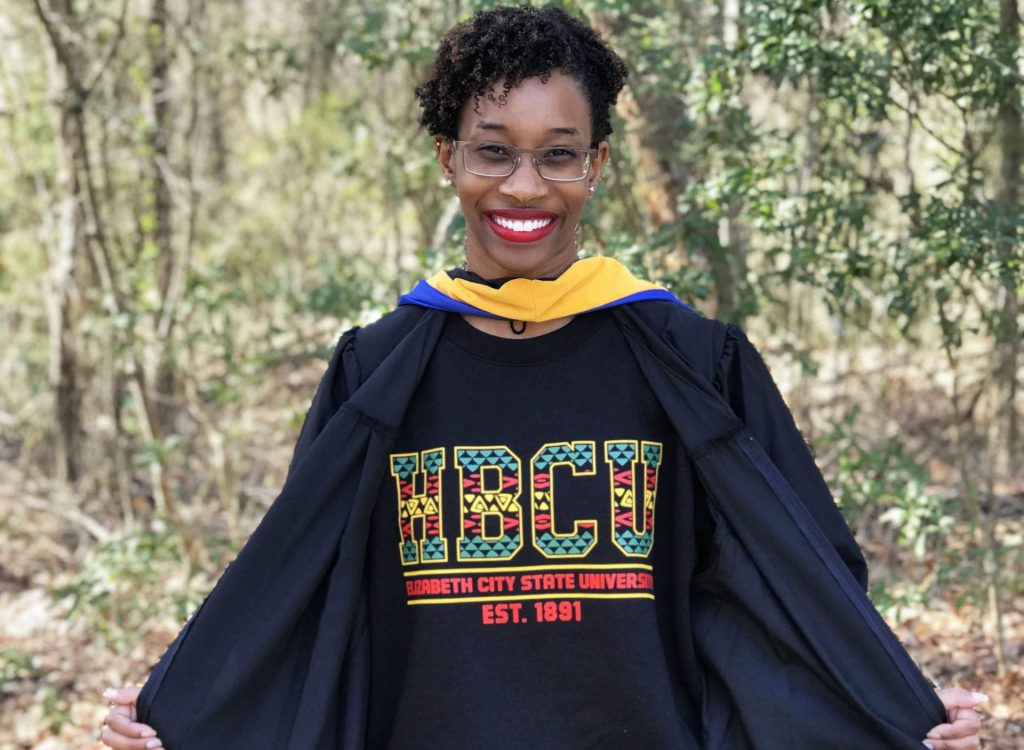 Even though a faculty member predicted it in her freshman year, Elizabeth City State University’s spring 2020 Bearer of the Mace, Alexis Martin, says she couldn’t be more surprised by the honor. The university registrar, Dr. Althea Riddick, contacted Ms. Martin last week with the news.

“Dr. Riddick contacted me, and I reached out to her and I didn’t know why she wanted to speak with me,” said Ms. Martin, an Elizabeth City native and computer science major. “And we went over the transcripts and I thought, oh my God, did they not get my work, and she said, no, I wanted to let you know that you are Bearer of the Mace.”

Ms. Martin is graduating with the highest GPA of an undergraduate, non-transfer student at 3.866.

Growing up in Elizabeth City, Ms. Martin had originally thought she would leave home for college. But she had decided, she said, that perhaps staying close to family was a better option, so she enrolled at ECSU.

“I went in as a biology major but that wasn’t for me, so I changed to computer science,” she said.

It turns out that Ms. Martin’s decision to switch majors was a good one for her. She became the recipient of a $15,000 Thurgood Marshall College Fund award, and picked an internship with the Richmond, Virginia-based technology company, Altria.

That internship turned into a job offer for Ms. Martin and she is currently settling into her new home in Richmond where she will begin work as a tech analyst in June.

“It is so fun,” she says of working for Altria. “It’s a company that really cares for you.”

Ms. Martin, like her fellow Viking graduates, has been finishing the spring semester from home due to COVID-19. She says the experience of distance learning was stressful at first, and she was sad to miss the traditional spring commencement ceremony.

“I have been a commencement marshal almost every year and I thought how I can’t wait to walk across the stage,” she said. But she also knows that there will be a ceremony in August and she looks forward to that with excitement.

Looking back on her time as a student at ECSU, Ms. Martin says it’s been a “great experience with so many avenues.” She says there have been a number of challenges yet with each one, she has remained steadfast in her faith.

“I prayed every single day,” she said. “That was the main thing that kept me going, praying and knowing that God had a plan for me.” 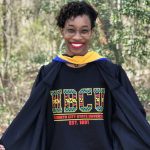 Alexis Martin is Spring 2020 Bearer of the Mace