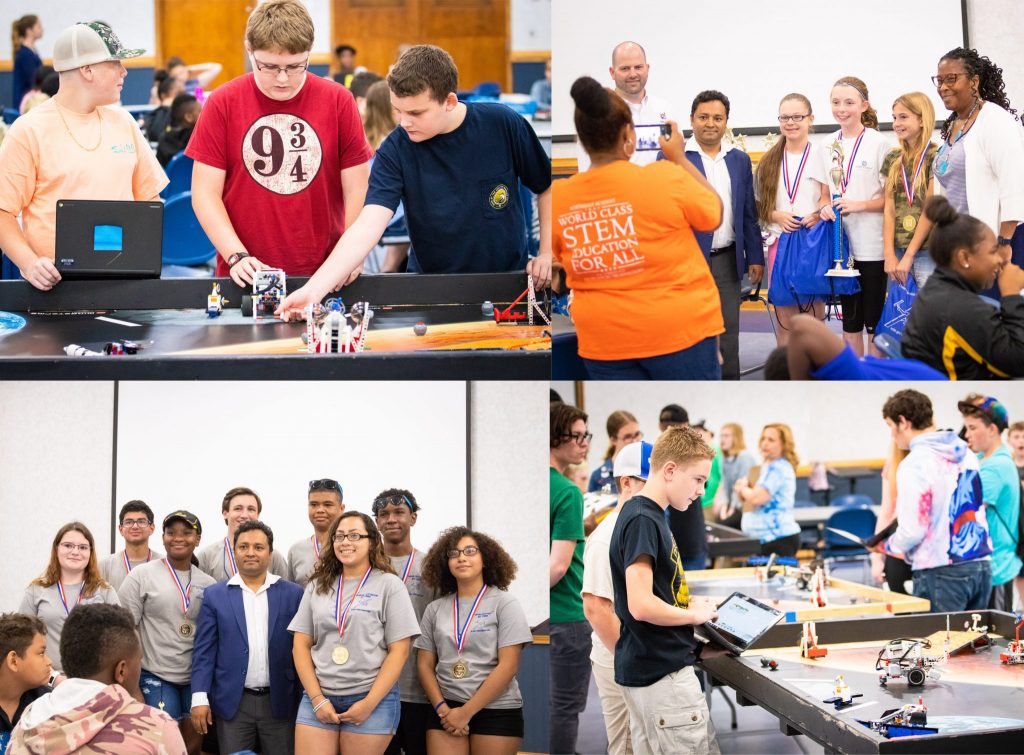 Awards and demonstrations were part of the NASA Aerospace Academy ceremony, capping off a week of STEM-related activities.

Both high school and middle school students gathered in the K.E. White Center on the campus of Elizabeth City State University for an awards ceremony, and to present some of the work they did this past week to parents.

“We did some marvelous things,” said Orestes Gooden, an ECSU aviation faculty member, of the high school camp.

Gooden congratulated his campers, and also introduced a team of mentors who guided the students through the program. Those mentors are ECSU students and alumni, such former technology engineering student, Darius Witherspoon.

The camp has been a staple of summer life on the Elizabeth City State University campus for some time. With a grant from NASA and others, the ECSU Aviation Program is able to bring high school students on campus and introduce them to a world of science.

Part of that program also allows middle school students to participate in programs and this year, according to Aviation Program director, Dr. Kuldeep Rawat, the Northeast Academy of Advanced Aerospace Technology, or NEAAAT, brought more than 120 students from eight different eight different eastern North Carolina districts to explore the world of space and robotics.

The NEAAAT students formed teams through the week and participated in building small robots and creating what school CEO,  Dr. Andrew Harris, said were “mission badges.” Similar to what NASA astronauts would wear on their uniforms, the students were tasked with designing badges that symbolized their mission, working in a digital world.

Earlier Friday morning, students also participated in robot tournaments. Harris says it was the first time many of the students worked with robots.

The robots they built are small, working models. They are designed to compete in an arena-type setting as sort of robotic gladiators.

For the high schoolers, a series of events introduced them to aviation. From a tour of a helicopter, to flights in one of ECSU’s training planes with university flight instructors, students were immersed in aviation.

Rawat says this was the first of two academies to be held on campus this summer. The next one will take place the second week in July and offer a new group of high school students the same experience.

On Monday, June 25, Rawat says Warren County Schools will also be holding a NASA Academy for 250 students. One component of the summer program is to take the camp to school districts in under-served areas.

It would seem that such an experience would cost campers and their families something, but this week-long exploration of aviation is free, says Rawat. Grants from NASA, the Golden LEAF Foundation, Burroughs Wellcome Fund, the North Carolina Department of Transportation and the N.C. Space Grant Consortium make it all possible for these future aviators and scientists.

Although campers come from across the state, and even out of state, most of the participants come from one of the 21 eastern North Carolina counties served by ECSU, says Rawat. He says the program strives to balance the program between equal numbers of young men and young women. Minority students, he said, are given special emphasis as well.

More than 70 percent are minority students, and 50 percent are females and 85 percent of the campers are from the 21 county region. 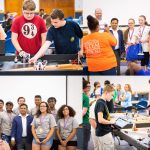