0
2.8K Views
Warning: json_decode() expects parameter 1 to be string, object given in /srv/users/serverpilot/apps/ecsunewsroom/public/wp-content/plugins/posts-social-shares-count/classes/share.count.php on line 66
0
Shares 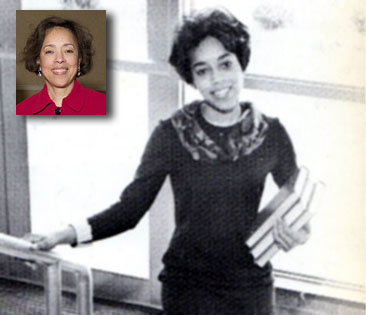 The year was 1968. It was the year that Ingrid East Dildy would graduate from what was then known as Elizabeth City State College. She was Miss ECSC 1968 and she was ready to meet the world with a bachelor’s degree in sociology.

Her time at Elizabeth City State had prepared her for years of success to come. But it was also a time of turmoil in the world, and country, and she recalls that it had a great impact on her generation.

Segregation, the Vietnam War, the domestic political strife all left their mark on Dildy and her generation.

In 1968 Sen. Robert F. Kennedy was assassinated, the Democratic National Convention in Chicago would explode into riots, and young men were dying in the war, or if they were lucky, returning home to a nation divided by politics and culture.

“We had the idealism of being young, the protection of the campus, and then seeing an Army car pulling out to a door and seeing two men get out in uniform, and you always knew what that meant,” Dildy said, recalling the times when sad news would be delivered to the family of dead servicemen.

As a 1968 graduate, Dildy will be in town for Homecoming Week to celebrate her class’s 50th reunion. As she returns to Elizabeth City, it’s not difficult to recall a time when life outside of the campus was tenuous for Elizabeth City State students, while life on campus was teeming with inspiration.

“We were cocooned on campus,” said Dildy, who remembered life in the surrounding area could be unforgiving if you were African-American.

Dildy recalls that Elizabeth City was still a part of the segregated South. Life beyond the campus walls was not entirely safe for students, she says, but on campus, well it was a place of professionalism, inspiration and learning.

“The standard of professionalism and grace of the people here brought us up to a higher level and inspired us,” said Dildy.

Dildy grew up in Newport News, Virginia. Her father, she said, was close friends with the Ridley brothers, one-half of which was Walter Ridley, chancellor of Elizabeth City State.

While Dildy had designs on going to Howard University, her father’s relationship with Ridley pointed her over the state line, to Elizabeth City.

Because it was the 1950s and 1960s, school segregation was still the law of the land in Virginia, and that had an impact on her experience during high School, but it was an experience nonetheless that would shape her for years to come.

“At that time, with segregation being so strong, people with graduate degrees were not allowed to teach at some schools,” recalled Dildy. “So they clustered at area high schools.”

Attending Huntington High School in Newport News, she said, was more like getting an early college education.

So with her Elizabeth City connection, and her solid foundation in learning at Huntington, Dildy would become a lifelong Viking.

While on campus, she would join a sorority. She would be involved in numerous activities and recalls fondly the required Sunday morning services she would attend on campus.

“They gave us discipline about grace and reinforcing the values our parents put into us, to love and be with God,” said Dildy.

And the university choir led by Evelyn Johnson was, she said, “amazing.”

“The discipline of the choir was a role model for almost everyone else,” said Dildy.

Professors, she said, lived near campus, and they, along with staff, all provided inspiration and high standards for students to model.

“They were always professional,” she said of faculty and staff.

Dildy met her husband on campus, Allison Dildy. For a year, the two of them would teach in Suffolk, Virginia and then move to Washington D.C. for a time.

In 1970, he was accepted into a doctorate program at Columbia University in New York, and Dildy has been a New Yorker ever since.

She would eventually earn her master’s in public health from Columbia and go on to become the associate director of psychiatry at a Columbia University affiliated hospital in the city.

These days, Dildy is a fundraiser in the development and philanthropy department at State University of New York, with 64 campuses across the state. Living in the Bronx borough of New York, Dildy is a New Yorker through and through, but as she returns to campus this week, she’ll always be a Viking. 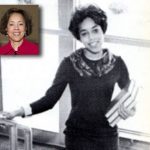