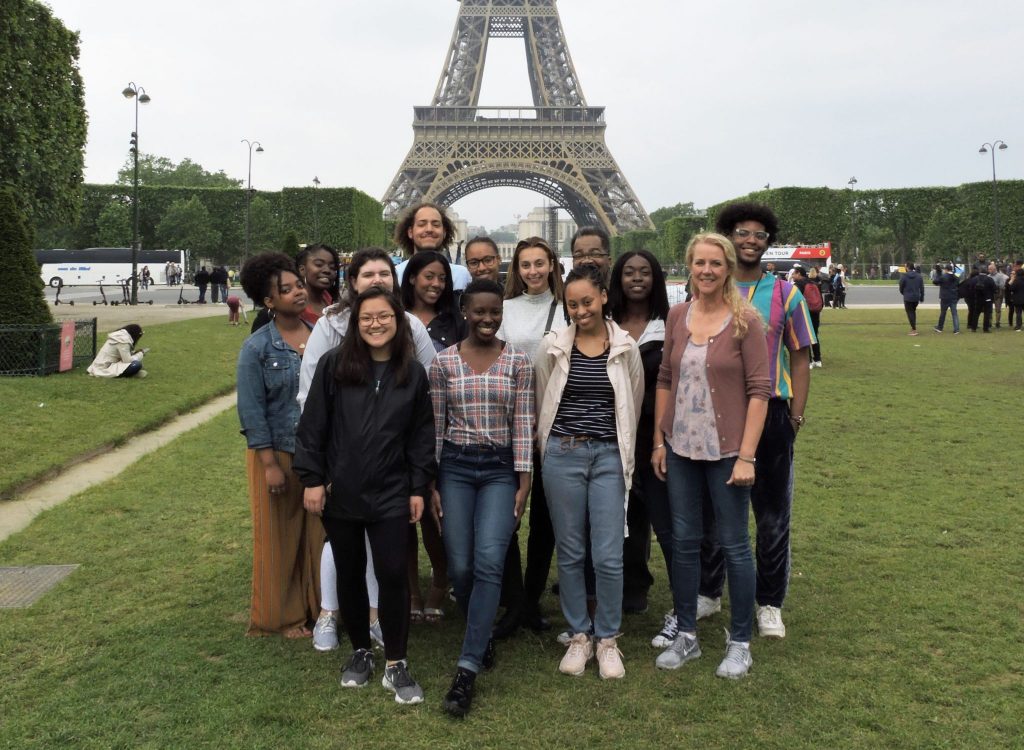 Twelve ECSU students joined faculty member, Dr. Mary-Lynn Chambers, front-right, on a two-city tour of Europe this past summer. The summer 2020 trip will include Germany, Italy, and Switzerland.

Stepping off the plan into Amsterdam, Holland, Elizabeth City State University student Kendall Brown says his world was changed, for the better.

“It was really an eye-opening experience,” said Brown. “It confirmed a lot of things I had seen online and gave me a deeper understanding of cultures over there.”

Brown was one of 12 students who traveled with ECSU’s former International Studies director, Dr. Mary-Lynn Chambers, to Amsterdam and Paris. It was the summer 2019 Study Abroad trip and Dr. Chambers says it was a great experience for her ECSU students.

“Not only was it an excellent overseas travel experience for the participants, but it was also an opportunity for them to learn about French and Dutch culture, history, art, and architecture,” said Dr. Chambers.

When the students arrived in Amsterdam – the first city on their tour – the city was teeming with football (soccer) fans, said Dr. Chambers. It was the day of a big match and streets were alive with fans, chanting and singing in support of their teams.

The students toured major sights such as the Anne Frank house, learned of the city’s famous canals and their importance to life there, and also journeyed to the countryside where they learned about cheese making.

Brown recalled that the cheese making adventure included a man wearing traditional wooden clogs. He and the other students were able to get a feel for a traditional way of life in Holland.

The next stop was Paris. The students were able to visit the major sights, including the Notre Dam cathedral – at least from the outside since it is being renovated after the past year’s nearly devastating fire.

“It was difficult to see the damage to the Notre Dam cathedral but it was also encouraging to see that they are busing making repairs,” said Dr. Chambers.

The students wound their way through the city and discovered many of its famous treasures, including Versailles, the royal palace built outside Paris by King Louis XIV, also known as the Sun King.

“It was a wonderful opportunity for the students to learn more about and experience more of European culture and history,” said Dr. Chambers.

Next summer, students signing up for the Study Abroad program will journey to Italy, Germany and Switzerland. Dr. Chambers says it will be a chance for students to experience castles, cathedrals, World War II concentration camp memorials, and the Grand Canal of Venice.

“We will learn more about the art of glass blowing, wine making, Swiss folklore, and the history, art, and politics of these countries,” she said.

Dr. Chambers says the program is open to students, faculty, staff, and friends and family of ECSU. You can contact her via email at mchambers@ecsu.edu.

And if you go, you can return a changed person for having experienced another culture, and a different part of the world.

“The takeaway for me is that I think it is very important that everybody go somewhere and try and learn about different places,” said Brown of his experience. 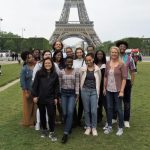